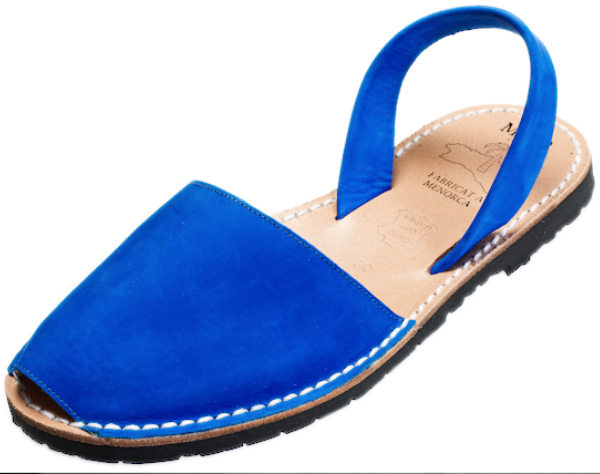 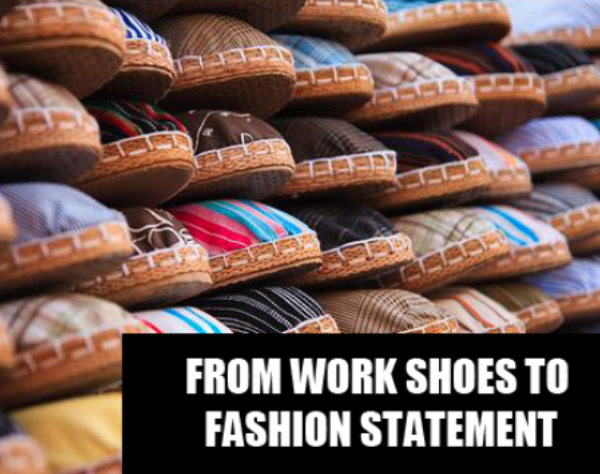 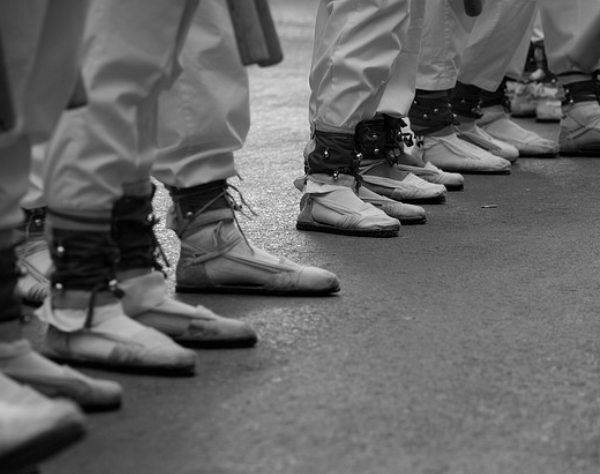 From work shoes to fashion statement

Abarcas and espardenyes were the popular footwear of the working class, but how come that everybody wears them now?

Let’s start with the espardenyes, where do they come from? Well, the first written evidence that refers to the craft sandal is from 1322 and is written in Catalan. Because of the affordable price the shoe became favorite of the lower classes and gradually, this particular shoe was gaining more and more followers.

Especially in rural areas the ‘espardenya’ became typical for the peasantry, strengthened by the fact that some family members could not leave home to work in the field because they were too old or too young. But to help the family economy, they sewed the fabric of the sandal on the soles, which were made out of canvas or an other heavy fabric. They used ribbons to fasten the sandal to the ankle. The very bad paid workers at that time discovered the espardenyes, to keep their feet covered minimally. During the Civil war, the Republican soldiers were sent to the front with espardenyes so the companies which sold the sandals were nationalized.
After the war the small progress of the economy allowed the common people and farmers to afford some real shoes. The ‘espardenyes’ suffered and were relegated to second place and were only used as part of the folkloric costumes events. But when the amazing french designer Yves Saint Laurent designed the unseen sandal with wedge heel named ‘ the peasant’ major fashion brands started designing their own model and gave it a personal touch of sophistication. The ‘espardenyes’ thus became chic shoes, adored by a lot of upper class women. What few people know is that Saint Laurent commissioned a small but well-known Catalan espadrille manufacturing company and saved the family Castañer of Banyoles, wich for various reasons was about to close his factory. This windfall allowed Castañer to sell today more than 6 million of those new versions of espardenyes.

As the espardenyes, the ‘abarcas’ were used as workshoes too. They have their origins in Menorca, a small Mediterranean island where the terrain is steep and rocky. To get the fruit to land the peasant needed strong but flexible and simple shoes at the same time. As the time went by, the Abarca, became increasingly popular on the island of Menorca. For the first time, abarcas were not solely being worn by farmers and the working class. It was during the the tourism boom in Spain and in particular the Balearic Islands in the 1970s that the Spanish sandal was seen by the world. The abarca is a high quality, resistant and comfortable sandal. Made with cowhide leather and recycled rubber under sole, it can be found today in a huge range of leathers, colours and designs.
There are a few famous shoe companies from Menorca and Mallorca. For example Mascaro wich was founded in 1918 in Menorca as a workshop making handmade ballet slippers. Now this brand has become the preferred shoe of celebrities all over the world. Not to forget Camper who gathered together the best leather craftsmen in Inca (Mallorca) and introduced them to the first machines used to manufacture shoes. And of course Farrutx. This business project was set up in 1982, and is part of a sector with a longstanding tradition on the island of Majorca, namely the creation of footwear.

So the trendsetters were the Republican soldiers, Yves Saint Laurent and the tourism boom! These practical sandals are making simplicity fashionable. Do you own a pair of these cool spanish ‘Abarcas’ or ‘Espardenyes’ ?